Even after the machine shop flattened the most strongly warped segment, the rotation ring is still not flat. The ring continues to deform to a conical surface, though not as severely as before. Half the ring slopes upwards toward the center, while the opposite half slopes downwards. The distance from the highest point to the lowest point on the ring is five millimeters.

How flat is the rotation ring?
To quantify the ring's flatness, height measurements were recorded with a caliper at two handles, - one at the location of the dome drive motor and one on the handle adjacent to the motor. Measurements were taken at thirty-two points evenly distributed along the circumference of the ring.


The first photo below shows the location of these two handles (drive motor removed).


The second figure below shows the results. The amplitude of variance is greatest (5 mm) at the handle to the right of the drive motor. One would expect the curves to be identical. This discrepancy may indicate that the ring is climbing the side roller. This can probably be alleviated by fastening the cog rim to the rotation ring at more points along its edge. However, this discrepancy is only minor. The overall trend clearly shows that the ring is warped most severely in segment 1. The neighboring segment 2 was originally very warped, but this segment was rolled flat in a machine press, as documented in the previous post.

Note that the peaks in the curves are consistently highest near the joints between segments. The four dovetailed joints are the most flexible areas on the ring, which may account for the higher amplitudes.


Segment 2 was delivered to the machine shop this morning for rolling flat in a machine press. 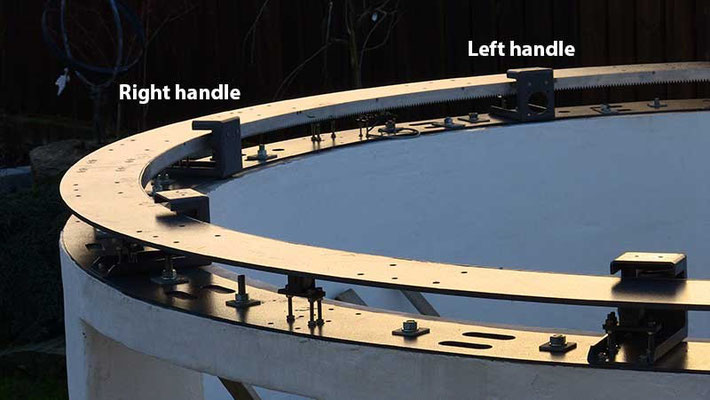 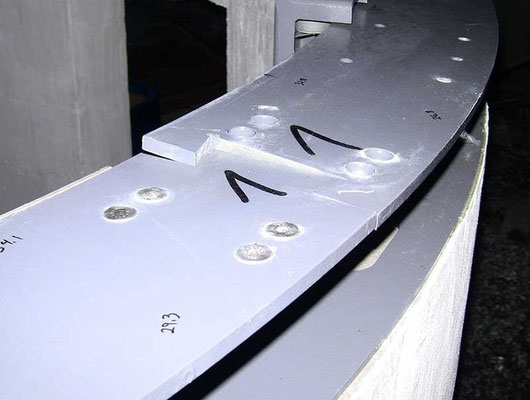 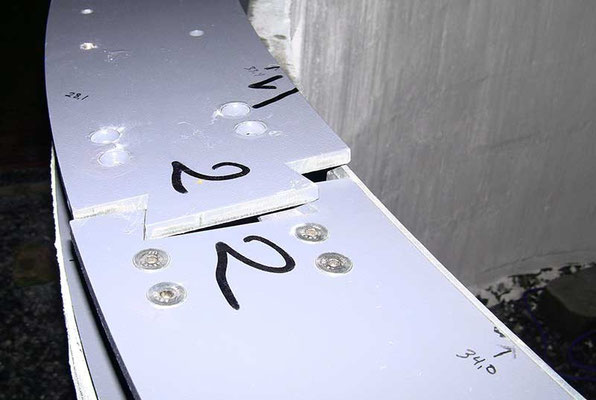